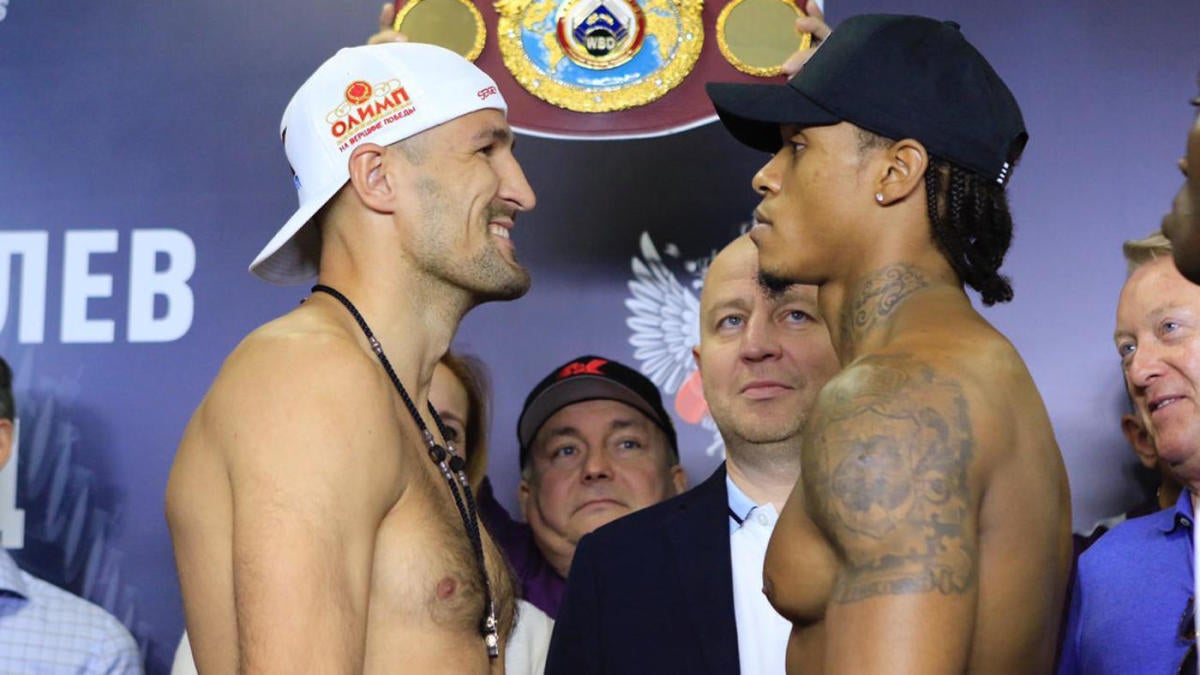 At 36, many were of the believe that WBO light heavyweight champion Sergey Kovalev was approaching the end of his rope as a top draw in boxing. But recently, a strange turn of events have placed him firmly in the crosshairs of the biggest star currently residing in the sport today. While one fight remains ahead, there’s a light at the end of the tunnel for Kovalev to enjoy a marquee spot opposite the man who’s become the unquestioned king of boxing.

Admittedly, few could have predicted middleweight champion Canelo Alvarez’s sudden want to move up two divisions and target Kovalev (33-3-1, 28 KOs) as a possibility, even with the Mexican superstar’s blatant disinterest in the trilogy fight with Gennady Golovkin that everyone — from fans, promoters and DAZN executives — so lustfully coveted.

A last-minute negotiation left Kovalev at an interesting crossroads. Despite having already signed a deal to defend his title on Saturday in his native Chelyabinsk, Russia, against unbeaten Anthony Yarde, Kovalev received a last-minute offer in upwards of eight figures from Alvarez’s team at Golden Boy Promotions for an Oct. 26 bout in Las Vegas that would require Kovalev to pay Yarde a large fee to step aside.

In a somewhat risky decision, Kovalev chose to have his cake and eat it too. Not only will his fight against Yarde (18-0, 17 KOs) go on as scheduled Saturday at Traktor Sport Palace (ESPN+, 12:30 p.m. ET), largely because Kovalev gave his word, the “Krusher” is hoping a victory will still get him the Alvarez fight later this fall.

“We did have an offer (from Canelo Alvarez) but we can talk about that after Saturday night,” Kovalev said. “Official agreements were already made with Antony Yarde. My primary task is to defend the title. If the fight is still interesting for Canelo afterwards, then OK.

“[The offer came] just three weeks before this fight. And the offer was indeed a big one, a substantial one. But you never do it like that, because I have to be here. This is my home and this is not what I do.”

Kovalev is not only gambling from the standpoint that losing to Yarde would remove any hope that he lands Alvarez in what would be a career-high payday and likely the final one of this kind available to him, but he’s also risking that Alvarez doesn’t sign on to face someone else regardless.

In Kovalev’s favor, of course, is the mess that Alvarez left behind at DAZN after turning down GGG, pulling out of his annual Mexican Independence Day weekend slot in September and getting stripped of his IBF title when negotiations with Sergiy Derevyanchenko crumbled. Kovalev may end up the lone remaining option that both Alvarez and DAZN agree upon should he come away victorious.

If securing a fight against Alvarez later this fall isn’t enough motivation, recent social media posts from the confident Yarde, a 28-year-old native of Great Britain, have clearly gotten under Kovalev’s skin.

“I will show who is the boss here,” Kovalev said. “He can say everything he wants, but say and do is two different things. I’m already mad with guys like him. He will pay for everything he posted and said. He’s just a kid, not a lion. A little kitten. Small kitten.”

Yarde, who guaranteed a knockout, believes Kovalev has blown the entire situation out of proportion.

“I haven’t done no trash talking. And, I don’t do trash talking. I posted pictures, to me they are good pictures,” Yarde said. “I am a fighter, that’s what I’m meant to visualize. I’m meant to see these things in my mind, the same way Kovalev probably sees things in his mind. As fighters we want to do the best we can so we visualize what we want to happen. I posted a picture that a fan made, when I saw this picture I re-posted it as that’s what’s going to happen.”

“I believe that right now I’m mentally very strong and I believe what happens on the night is what matters.”

Kovalev, in his third reign as WBO titleholder after losses to Andre Ward (twice) and Eleider Alvarez briefly interrupted run as champion, said he ultimately understands Yarde’s ambitions to make a name for himself but believes his opponent’s inexperience will cost him.

“[Yarde] calls himself a lion but to me he is a cub. He is so young,” Kovalev said. “I will have to get rid of all that baby fur off his skin so he will run away back home. It is clear he comes here and he wants to be like that. I have this experience. Now is my time.”

In the co-main event, a pair of crusierweights take the ring when Ilunga Makabu takes on Aleksei Papin. Makabu, fighting out of the Democratic Republic of Congo, is on a six-fight winning streak with five of those coming by stoppage. Papin is an undefeated Russian prospect with nine of his 11 wins coming by stoppage.

Yarde is young, aggressive and powerful. He’s also riding a 16-fight knockout streak and has only allowed one opponent — a four-rounder in the second bout of his pro career — go the distance. But even with the hype that has surrounded him as a bright prospect, Yarde is making a substantial move up in class for his first title bout.

Even at 36, Kovalev brings the combination of power, precision and experience that Yarde has yet to even sniff in an opponent on the pro level. The manner in which Kovalev rebounded from a devastating knockout loss to Eleider Alvarez last fall by thoroughly outpointing him in their February rematch spoke volumes about what the champion still has left.

The best thing Yarde will have going for him is his crushing power and the confidence that his unbeaten invincibility will give him. While it would be unfair to call Kovalev “chinny,” at worst he has proven to be a front runner who hasn’t adjusted well when the momentum has gone his opponent’s way. In fact, despite the blatant low blows that set up the knockout, many critics still believe Kovalev quit late in his rematch with Ward.

Given what’s at stake in terms of a blockbuster payday against Canelo, look for Kovalev to play it as safe as possible in this one. Like his rematch with Eleider Alvarez, Kovalev’s best bet is to use his length to jab from distance and let his experience control the pace and distance of the fight.

If Kovalev can keep it a boxing match and use his power just enough to dissuade Yarde from going for broke, this has the potential to be a 12-round fight he can win (with the fact that he’s the hometown fighter not hurting his chances should it be close). Yarde surely won’t make it easy and his power will always be a threat but just about every metric points to a Kovalev victory if he can avoid a fight.