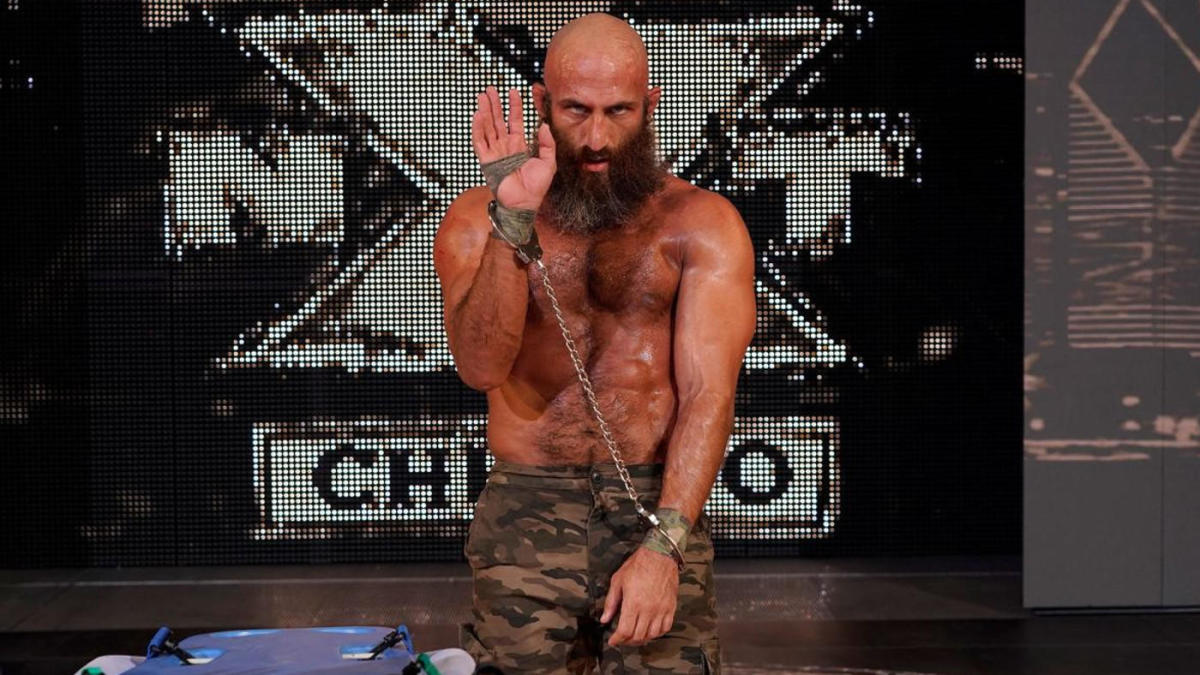 WWE announced Tuesday that the company’s third major brand will be moving to national television. NXT will jump from the streaming-only WWE Network to cable giant USA Network with its first show set for Wednesday, Sept. 18, the company announced in a press release.

While the show is moving, NXT will remain on its long-time home of Wednesday nights. However, it will expand from one to two hours and air live from 8-10 p.m. ET.

NXT was previously taped upwards of four episodes at a time at Full Sail University in a production facility near the WWE Performance Center in Orlando, Florida. Production will remain at Full Sail, WWE said.

“The move to USA Network provides an opportunity to deepen our relationship with NBCUniversal and further build the NXT brand,” said WWE chairman and CEO Vince McMahon in a statement. “Over the long term our goal is to develop a following that can be monetized to the same level as our flagship programs, Raw and SmackDown.”

“USA Network and WWE have one of the longest and most successful partnerships in television history,” said USA and SYFY president Chris McCumber. “As the #1 cable entertainment network, we’re excited to add NXT to our weekly lineup alongside powerhouse flagship Raw, and to bring a new generation of Superstars to a wide audience.”

Despite NXT originally being transitioned into a developmental brand for WWE — a place where talent in the PC could hone their skills and learn how to perform for a televised audience — its weekly show and quarterly pay-per-views have become critically acclaimed. In fact, many professional wrestling fans and journalists prefer NXT to the weekly WWE product.

The NXT move comes at a critical juncture for WWE as it is facing a true external threat for the first time in decades. All Elite Wrestling, an upstart wrestling promotion with a billionaire financier, formally launched in January. The company has already seen massive, perhaps unprecedented, success with hardcore fans in selling out arenas for PPVs and TV tapings. It will launch its own TNT-based TV show, which is expected to be called AEW Revolution, on Wednesday, Oct. 2.

WWE moving NXT off its network and to a cable competitor is both a shrewd business decision and a clear move to thwart the upstart AEW. Live programming is highly sought after and earning premiums from networks that are looking to add as many non-DVR viewers as possible to their stations.

When WWE agreed to move its SmackDown Live program to Fox — that partnership begins on Friday, Oct. 4 — it was long-believed that NXT would find a home on FS1, which is already going to be airing a weekly WWE studio show. However, a Big East basketball broadcasting agreement — many of the conference’s games are held on Wednesday nights — likely threw a wrench in that plan. Fox, which recently lost UFC rights to ESPN, is looking to fill many of those gaps with WWE programming.

In terms of what NXT’s move to USA Network means for the brand’s identity, that remains to be seen. NXT is presently overseen by Paul “Triple H” Levesque, a current WWE superstar and the company’s executive vice president of talent, live events and creative. WWE chairman and CEO Vince McMahon runs Raw and SmackDown, and while he recently hired Paul Heyman and Eric Bischoff to serve as executive directors of those respective shows, the final say with creative still lies with McMahon.

WWE fans who have become accustomed and attracted to NXT’s more rugged and realistic style with long-term booking, thorough storytelling and (often times) more exciting in-ring action may or may not see changes come to the brand with it moving to USA Network. That is certainly a concern for NXT die-hards.

For now, all we can do is wait and see what exactly WWE announces on Monday night and what the company has in store for NXT going forward.